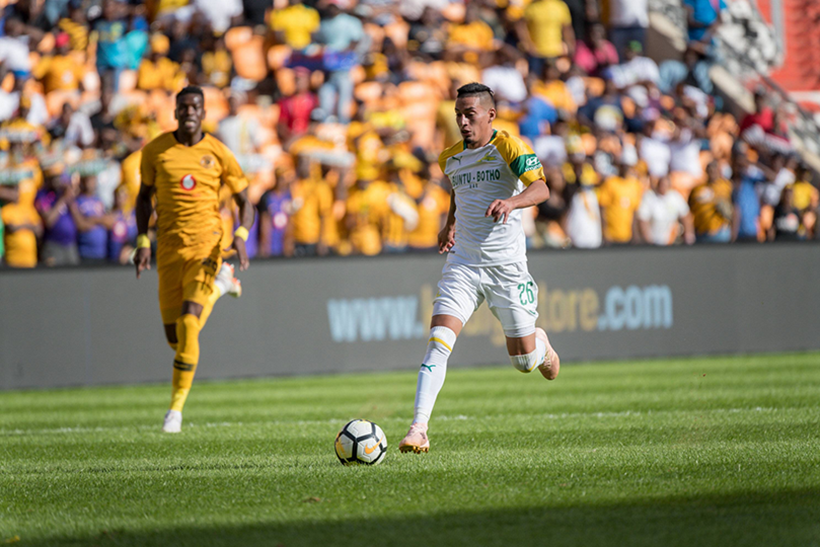 The match between Mamelodi and Chippa in the South Africa Premier League will take place on 15.02.2020 at 14:30. This means that the 3rd will play against the 12th of the South Africa Premier League. Currently the betting providers see Mamelodi ahead. 1xBet for a moment offers the best odds with a 1.46​​ for this bet. If you place 10€ you could win 14,60€​ (equivalent to 4,60€ profit).

betfair has with 7.50 so far the best odds for a bet on an away win of the Chippa. The predictions of the betting providers indicate the following probabilities: Win Mamelodi 69%, win Chippa 15%, tie 27%. In the last direct comparisons, Mamelodi managed to win five matches, and four matches ended in a tie. Chippa won zero matches.

the Mamelodi Sundowns FC won the last duel 1:2 against the Supersport. In the 17 games of the past six months, the home team has won 9 games. After all 18​​ games in the season, the Mamelodi now has ten wins, five draws and three defeats to their name. the Mamelodi had five wins, two draws and one loss in their home matches. In the current season 19/20, The Mamelodi has managed to win 6 out of 9 home games (66.67%) so far. Two matches ended in a tie and one match is lost at home.

​Coach Pitso Mosimane's team tends to score in the first half. the Mamelodi currently achieves an average of 1,22 goals per match at home and receives 0,56 goals. This results in a total of 1,78 goals per game. Last season the Mamelodi Sundowns FC scored an average of 1,20 goals in their own stadium and had to accept 0,80 against.Home games usually ended 0:0, 1:1 or 3:2 in the previous season. The most common final score in their own stadium last season was 1:0, 0:0 or 3:1.

The team has been victorious in 3 out of 10 away games (30%) so far in this season. In the past 6 months, the Chippa has won five games, played six matches that ended in a draw, and lost six matches. The Chippa was able to win three away victories. The team lost six matches in the foreign stadium and in one match the teams separated with a draw.

In the present season, coach Norman Mapeza's team scores an average of 0,80 goals per away game, primarily in the second half time of the match. On average, 2,20 goals are scored when Chippa guest in foreign stadiums. Last season, von the Chippa played away with an average of 1,07 goals for and 1,40 against the team in their away games. Chippa's away matches this season end primarily with 0:2, 1:2 or 0:3.

Betting tips on Mamelodi vs Chippa

Considering the over/under average of both teams of 1,5, an Under 2.5 is likely. The best odds on the market for this bet is currently 1.60 at bet365. The weak goal record of the two teams indicates a bet against both teams to score. With 1.50, 1xBet currently offers the highest odds for this bet.