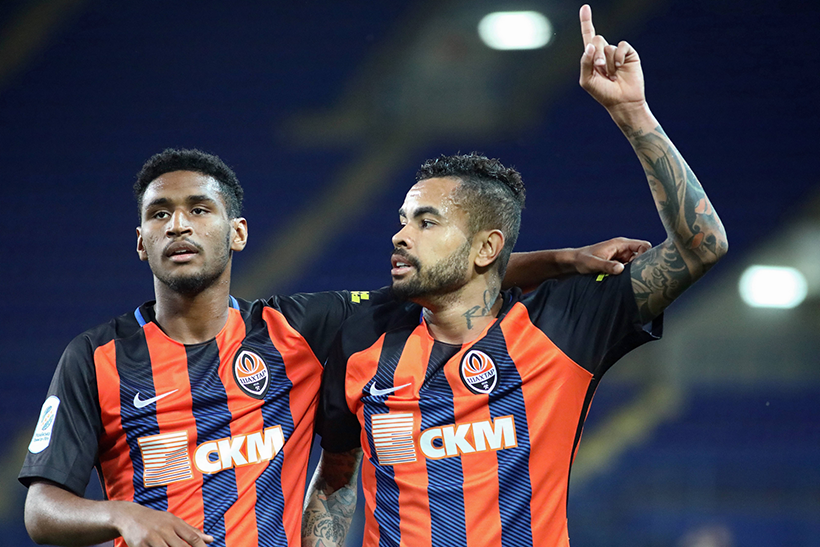 The Ukrainian Premier League meeting between Luhansk and Shakhtar will take place on 20.09.2020 at 16:00. This fixture sees the currently 13th placed team challenges the 5th placed team. At present, the bookmakers see Shakhtar as the favorit. Unibet for a moment offers the best odds off 1.50 for this bet. If you place 10€, you could win 15,00€ (equivalent to 5,00€ profit).

For bets on Luhansk, betfair provides the best odds so far with 6.00. The related forecasts are Luhansk win 17%, tie 25% and Shakhtar win 69%. In their last comparisons, Luhansk managed to win two matches, and one game ended in a tie. Shakhtar won ten games.

FC Zorya Luhansk recently lost a game 0:1 against Mariupol. The hosts were able to decide 0 of their 3 games of the past 6 months in their favour. The home record for the last six months shows zero wins, zero draws and one loss. Luhansk has managed to win 0 out of 1 home games (0%) in the current season (20/21) so far. Zero matches ended in a tie and one game was lost at home. In total, Luhansk has won 0 out of 2 season games. While it was enough to draw zero games, two matches ended without points.

More goals are scored by Viktor Skripnik’s team in the first half. Luhansk currently achieves an average of 0,00 goals per home match and receives 1,00 goals. This results in a total of 1,00 goals per game. Previous season, FC Zorya Luhansk scored an average of 1,58 goals at home. At the same time, the team conceded 0,67 goals in their own stadium. Home games usually ended 2:0, 1:0 or 1:2 in the previous season. The most often final score in their own stadium last season was 0:1, or.

In their last match, Shakhtar won 3:1 against Kovalivka. Last season’s statistics show Shakhtar scoring 2,00 goals per away match, while they conceded 0,75 goals. As the away team last season, the side’s game most often ended 0:1, 2:1 or 2:0.

Betting tips on Luhansk vs Shakhtar

3,0 goals is the over/under average for both teams. The matching bet would be an Under 3.5 goals, for which you currently get the best odds 1.44 at bet365. The forecasts of the betting providers show that both clubs are believed to be capable of scoring goals. The highest odds for both teams is at Unibet of 1.80.

In the next upcoming matches Luhansk will have to deal with FK Lwiw, FC Kolos Kovalivka and Dynamo Kiew. Next on the schedule of FC Shakhtar Donetsk are matches against FC Rukh Lviv, Olimpik Donezk and Desna Chernigiv.

other Previews for Ukrainian Premier League