home  >  Predictions > Östers IF vs Umea FC
Bonuses for  Boni

Östers IF vs Umea FC: Match preview, tips and odds 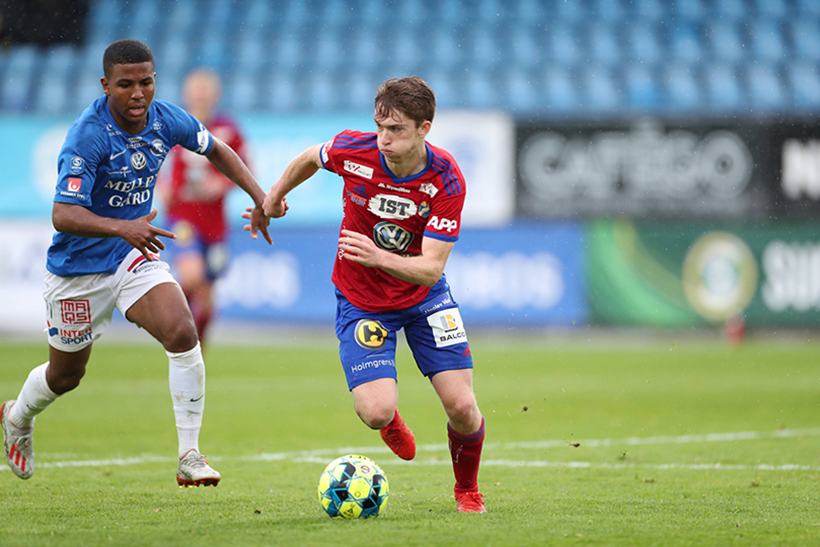 Unibet has the hightest odd (5.70) so far the best odds for a an away win for Umea. In their last games between the sides, Östers managed to win zero matches, and one match ended in a tie. Umea won zero matches.

Current statistics of Östers IF

Östers IF won its last duel 2:0 against Degerfors. The hosts were able to win 12 of their 23 games of the recent 6 months in their favour. Östers had seven wins, two draws and two losses in front of their home crowd. In the current season, Östers won 63.64% (7 out of 11) of the matches in their own stadium. 1 times it was enough to score one point, while 2 times the guests took all points. In total, Östers has twelve victories, six draws und five losses after 23 season games.

In the first half time, coach Denis Velic’s team is able to score most of their goals. Östers’ current record shows an average of 2,64 goals per game at home, of which 1,73 are their own goals and 0,91 are goals scored against them. Previous season, Östers IF scored an average of 1,19 goals at home. At the same time, the team conceded 1,00 goals in their own stadium. In front of their own fans, the team’s games mostly finished 1:0, 4:0 or 0:2 last season. The most frequent final score in their own stadium last season was 2:0, 2:1 or 1:0.

Their last match, Umea had lost 0:1 against Trelleborgs. This season, the team has been victorious in 2 out of 11 matches in away stadiums (18.18%). Umea has won three matches and lost eleven matches in the last 6 months, with nine matches ending in a draw. In games in away stadium two wins were achieved. Five games were lost while four matches ended without a winning team.

Brian Clarhaut’s team scores 0,91 away goals per game this season, mainly after the half-time break. When Umea plays in an away stadium, there is an overall average of 2,45 scored goals per match. Last season’s statistics show Umea scoring 2,00 goals per away match, while they conceded 2,00 goals. In the current season, Umea’s away games mostly ended 1:1, 0:1 or 3:3.

Betting tips on Östers vs Umea

The online betting providers consider a 1:0-the win for Östers’ (7.00 at Unibet) to be the most likely result of the match. This is directly followed by a 1:1-draw. The best odds for a bet: (7.50 at Unibet.

In the next upcoming matches Östers will have to deal with Örgryte IS, Halmstads BK and Degerfors IF. Next on the schedule of Umea FC are matches against GIF Sundsvall, GAIS Göteborg and Ljungskille SK.

other Previews for Swedish Superettan