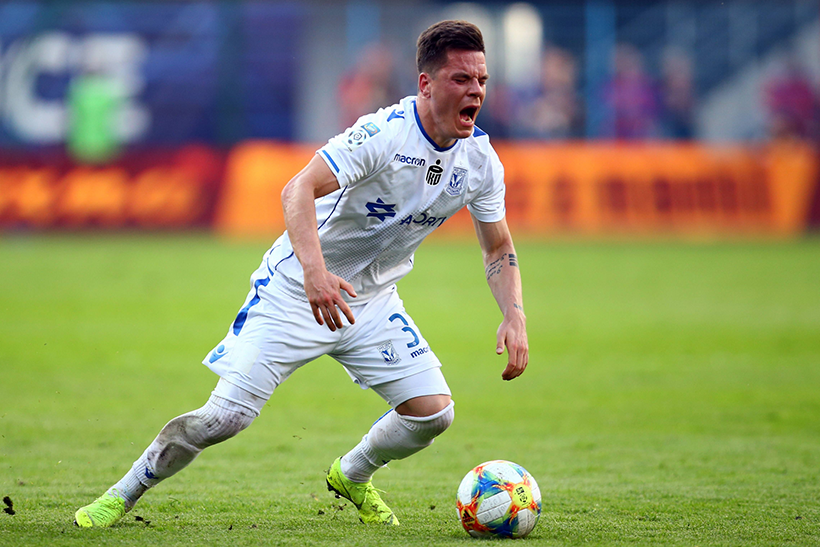 In the Polish Ekstraklasa Wisła and Plock will compete against each other on 18.09.2020 at 20:30. The venue for the match on Friday is Stadion Miejski im. Henryka Reymana. This fixture sees the current 12th place side challenges the 10th in the table. At this time, sportsbooks favor a home win by Wisła. betfair currently offers the best odds off 2.00 for this tip. If you place 10€, you can look forward to a profit of 20,00€ (equivalent to 10,00€ profit).

The best odds for a tip on a home win foran away win for Plock are at present 3.80 at Unibet. The related prognoses are Wisła win 50%, tie 29% and Plock win 27%. In their last meetings, Wisła managed to win five games, and two matches ended in a tie. Plock won three matches.

Wisła Krakow played its last game 2:2 against Stettin. In the past 6 months, the home team has managed to win 3 out of 10 matches. The home record for the last six months shows two victories, zero draws and two losses. In the current season 20/21, Wisła has so far managed to win 0 out of 1 home games (0%). Zero games ended in a draw and one match was lost at home. After a total of 3 games in the season, Wisła has zero wins, two draws and one loss.

In the first 45 minutes, coach Artur Skowronek’s team is able to score most of their goals. According to current statistics, Wisła will score 1,00 goals in each home game and will concede 3,00 goals, which is 4,00 goals in total per game in front of their own fans. Previous season, Wisła Krakow scored an average of 1,50 goals at home. At the same time, the team conceded 1,00 goals per home match. Home games usually ended 0:1, 1:0 or 3:2 in the previous season. The most often final score in their own stadium last season was 1:3, or.

Their last match, Plock had lost 0:1 against Warschau. The team has been able to win 0 out of 1 matches in away stadiums (0%) so far in this season. The statistics for the past 6 months show one win, five draws und four losses. In games in away stadium zero wins were achieved. One match was lost while three games ended without a winning team.

In the current season, coach Radoslaw Sobolewski’s team have scored an average of 2,00 goals per away game, primarily after the half-time break of the match. When Plock plays away, there is an overall average of 4,00 scored goals per match. Last season, Plock played away with an average of 1,00 goals for and 1,81 against in their away games. As the away team last season, the side’s game most often ended 2:2, 2:1 or 0:1. In the current season, Plock’s away matches have usually ended 2:2, or.

Betting tips on Wisła vs Plock

2,5 goals is the over/under average for both teams. The matching bet would be an Under 3.5 goals, for which you currently get the best odds 1.32 at 888Sport. The two clubs’ scoring record points to a bet on both teams to score. With 1.75, betfair currently offers the highest odds.

In the next upcoming matches Wisła will have to deal with KS Gornik Zabrze, Stal Mielec and KS Lechia Danzig. Next on the schedule of Wisla Plock are matches against KS Warta Posen, KS Rakow Czestochowa and WKS Slask Wroclaw.