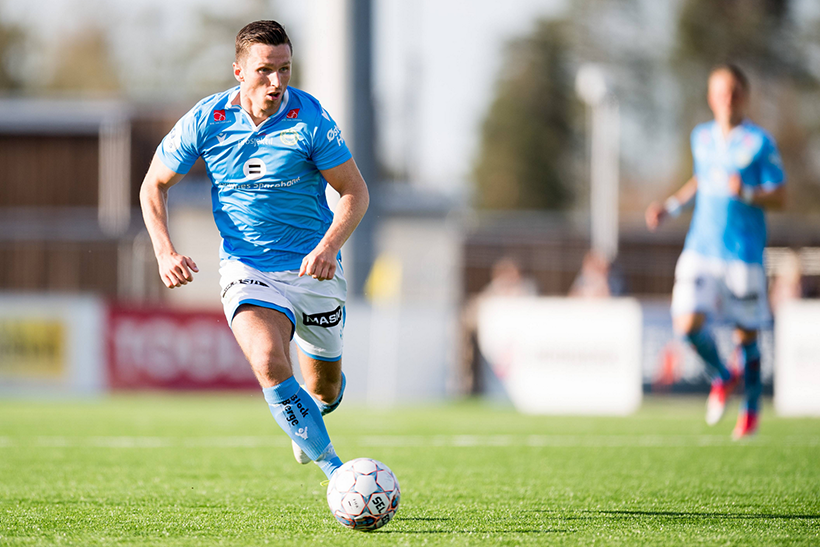 In the Norwegian OBOS-Ligaen Sandnes and Ranheim will face each other on 03.08.2020 at 18:00. This means that the 4th of the table will play against the 2nd of the table of the Norwegian OBOS-Ligaen. At the moment the betting providers are favoring an away win by Ranheim. betfair momentarily offers the best odds with a 2.00 for this tip. If you place 10€ you can look forward to a profit of 20,00€ (equivalent to 10,00€ profit).

The highest odds for a tip on a victory at home for Sandnes are at the moment 3.10 at betfair. In the last direct comparisons, Sandnes managed to win four matches, and zero matches ended in a tie. Ranheim won zero matches.

In the last game Sandnes Ulf lost 4:0 against Strommen. The hosts were able to win 3 of their 6 games of the last 6 months in their favour. The team has had two victories, one draw and zero defeats at their home stadium. Sandnes has managed to win 2 out of 3 home games (66.67%) in the current season 2020 so far. One game ended in a draw and zero games was lost at home. In total, Sandnes has three wins, two draws und one defeat after 6 season games.

In the second half, coach Steffen Landro's team is able to sore most of there goals. Sandnes currently achieves an average of 2,33 goals per home match and receives 1,67 goals. This results in a total of 4,00 goals per game. Last season Sandnes Ulf scored an average of 1,47 goals in their own stadium and had to accept 1,67 against.In front of their own fans, the team mostly played 3:2, 1:2 or 2:3 last season. In the current season, the most frequent result in home matches was 2:1, 1:1 or 4:3.

In their last match, Ranheim won 3:2 against Kongsvinger. This season the team has been victorious in 3 out of 3 matches in foreign stadiums (100%). Ranheim was able to win three away victories. The team lost zero matches in the foreign stadium and in zero games the teams separated with a draw.

Svein Maalen's team scores 3,33 away goals per game this season, mainly in the second half time. When Ranheim plays in a foreign stadium, there is an overall average of 5,00 scored goals per match. Previous season's statistics show Ranheim scoring 0 goals per away match, while there were counted 0 goals against the team. Ranheim's away games this season end primarily with 4:3, 3:0 or 3:2.

Betting tips on Sandnes vs Ranheim

In the next upcoming matches Sandnes will have to deal with Tromsø IL, KFUM Oslo and Tromsø IL. After the match on Monday Ranheim Fotball will compete against Ullensaker/Kisa IL, Raufoss IL and Oeygarden FK.