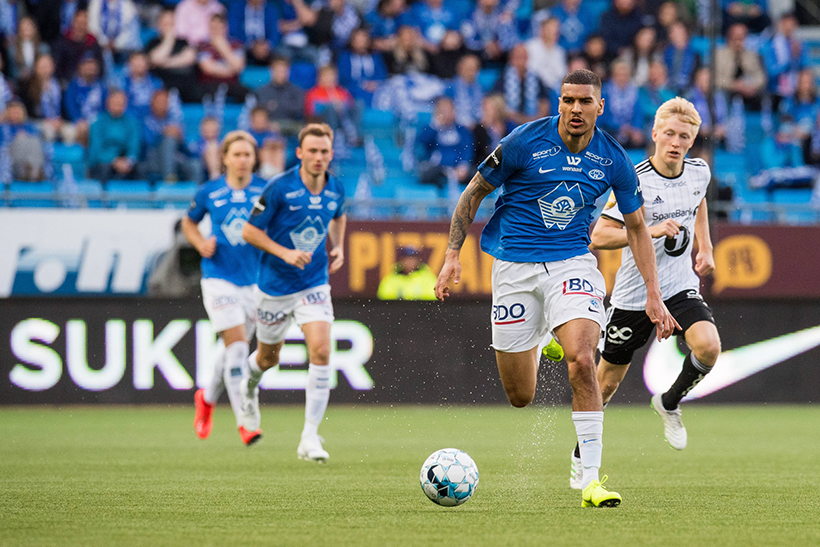 Sandefjord and Molde face each other in the Norwegian Eliteserien on 01.08.2020. At 18:00, the referee will start the game. This means that the 13th of the table will play against the 2nd of the Norwegian Eliteserien. At present the betting providers are favoring an away win by Molde. Unibet for a moment offers the best odds with a 1.45 for this tip. If you place 10€ you could win 14,50€ (equivalent to 4,50€ profit).

For bets on Sandefjord bet365 provides the best odds thus far with 7.00. The resulting predictions are win Sandefjord 14%, draw 23% and victory Molde 69%. In the last direct comparisons, Sandefjord managed to win zero matches, and one game ended in a tie. Molde won three matches.

Sandefjord Fotball won the last duel 1:0 against Mjöndalen. The home team has won 3 out of 10 games in the last six months. Sandefjord had two wins, one draw and two defeats in their home matches. In the current season, Sandefjord won 40% (2 out of 5) of the matches in their own stadium. 1 times it was enough to score one point, while 2 times the guests took all points. Overall, Sandefjord has three wins, one draw und six losses after 10 season games.

In the second half time, coach Marti Cifuentes' team can score more goals on average. Sandefjord's current record shows an average of 2,00 goals per home match, of which 0,80 are their own goals and 1,20 are goals scored against them. In the current season, the most frequent result in home matches was 1:0, 0:3 or 0:1.

Molde last lost 3:1 against Bodo/Glimt. This season the team has been victorious in 4 out of 6 matches in foreign stadiums (66.67%). Molde has won eight matches and lost one game in the last 6 months, one game ended with a tie.During that period Molde won four away games while the team lost one game at away stadiums and one game ended in a tie.

Erling Moe's team scores 2,83 away goals per game this season, mainly in the second half time. Overall, Molde scored an average of 4,17 goals per away match. Last season's statistics show Molde scoring 2,07 goals per away match, while there were counted 1,40 goals against the team. In the last season, matches away most often ended 2:0, 2:1 or 2:3. In the current season, Molde's away games mostly ended 1:3, 4:0 or 3:0.

Betting tips on Sandefjord vs Molde

The over/under average for both teams is 2,5. We therefore recommend a bet on Under 3.5 to the current best odds of 1.44 of bet365. The predictions of the betting providers show that both clubs are believed to be capable of scoring goals. The highest odds for both teams to score offerns bet365 with 1.80.

In the next upcoming matches Sandefjord will have to deal with Valerenga IF, StrømsgodsetIF and Aalesund FK. After the match on Saturday Molde FK will compete against IK Start Kristiansand, Sarpsborg 08 FF and SK Brann.