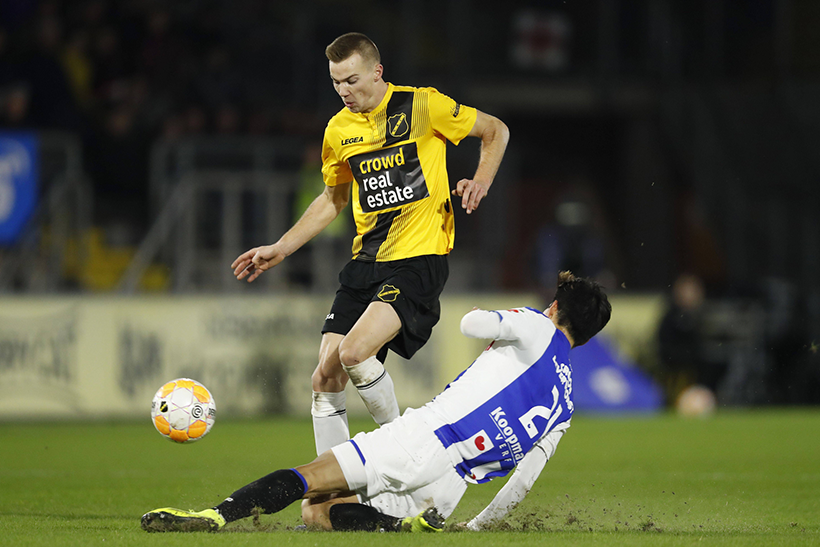 The highest odds for a tip on a victory at home foran away win for the Breda are at present 4.20 at bet365. Based on this prediction, Jong Ajax will win to 56%, Breda to 24% and to 27% the match ends in a draw. Jong Ajax won three matches in the past direct encounters, Breda won two matches and zero matches ended in a tie.

the Jong Ajax Amsterdam lost the last duel 7:2 against the Jong Utrecht. The hosts were able to decide 15 of their 24 games of the last 6 months in their favour. In total the Jong Ajax won 15 out of 25 season games. While it was enough to draw five games, eleven one game ended without points. The team has had nine victories, two draws and one loss at their home stadium. In the current season, The Jong Ajax won 75% (9 out of 12) of the matches in their own stadium. 1 times it was enough to score one point, while 1 times the guests took all points.

​In the second half, coach Mitchell van der Gaag's team is able to sore most of there goals. the Jong Ajax' current record shows an average of 3,92 goals per game, of which 3,00 are their own goals and 0,92 are goals scored against them. Last season the Jong Ajax Amsterdam scored an average of 2,53 goals in their own stadium and had to accept 1,68 against.The most frequent scores at their home stadium last season were 2:2, 5:2 or 2:0. In the current season, the most frequent result in home matches was 2:0, 5:1 or 1:1.

The team has been able to win 4 out of 12 matches in foreign stadiums (33.33%) so far in this season. The statistics for the past 6 months show ten wins, seven draws und seven defeats. During that period The Breda won three away games while the team lost four games at away stadiums and four matches ended in a draw.

The goal record of the two clubs speaks for a bet on both teams to score. With a 1.45, 1xBet currently offers the best odds.

Considering the over/under average of both teams of 3,0, an Under 3.5 is likely. The best odds on the market for this bet is currently 1.79 at 1xBet.

The bookmakers think a 2:1-the win for Jong Ajax' is the most likely, currently estimates the highest odds at (888Sport​ 8.00​. The second most probable for the bookies seems to be a 1:1​-tie, for which you can currently get the best odds of 8.50​ at 888Sport​.

other Previews for Dutch Eerste Divisie

Go Ahead Eagles vs NEC Nijmegen