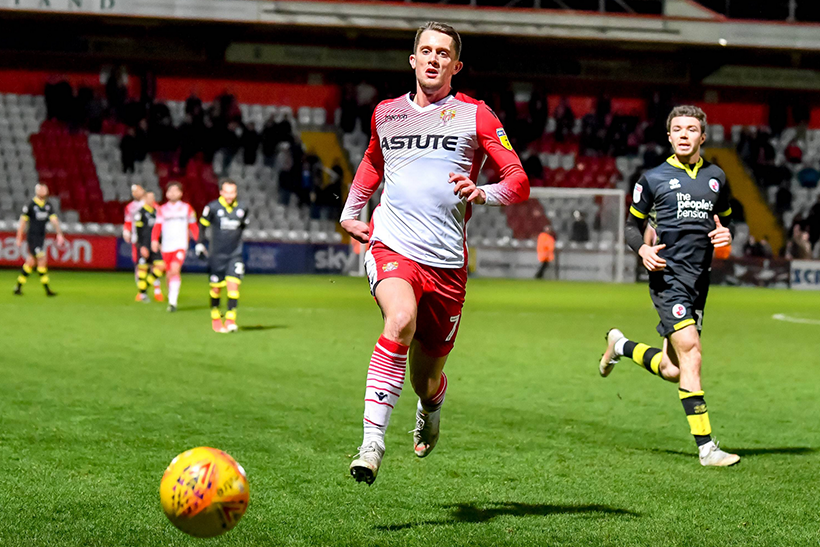 Stevenage hosts Tranmere in the EFL League Two on 16.01.2021. The game will start at 16:00. Lamex Stadium is the arena where the match is taking place on Saturday. This means that the 22th in the table will play against the 14th placed team of the EFL League Two. At present the, betting providers lean towards an away win by Tranmere. The highest odds for tips on an away win is at Unibet, where the odds are 2.55. If you bet 10€, you get 25,50€ back (profit = 15,50€).

The highest odds for a tip on a home win for Stevenage are at present 2.90 at Unibet. Stevenage won zero matches in their past duels, Tranmere won one game and one match ended in a tie.

Stevenage Football Club won its last match 3:1 against Scunthorpe. The home team has won 4 out of 20 duels in the past six months. In front of their home fans, Stevenage was able to win four matches, 2 times the duel ended with a tie and four games were lost. Stevenage has managed to win 4 out of 10 home games (40%) in the current season (20/21) so far. Two games ended in a draw and four games were lost at home. In total, Stevenage has won 4 out of 20 season games. While it was enough to draw eight games, eight matches ended without points.

During the first 45 minutes of the match, coach Alex Revell’s team can score more goals on average. Stevenage’s current record shows an average of 1,80 goals per home game, of which 1,00 are their own goals and 0,80 are goals scored against them. Previous season, Stevenage Football Club scored an average of 0,59 goals in front of their own fans and conceded 1,29 goals. The most common scores at their home stadium last season were 0:1, 0:0 or 0:3. The most often final score in their own stadium last season was 0:1, 0:0 or 3:1.

In their last match, Tranmere played 1:1 against Barrow. The team has been winning 4 out of 11 matches in away stadiums (36.36%) so far in this season. Tranmere has won eight matches and lost eight games in the last 6 months, with four games ending in a tie. Tranmere was able to win four away victories. The team lost three matches in the foreign stadium and in four matches the teams separated with a draw.

There have been 1,09 away goals scored by Keith Hill’s team on average this season. Most of these coming in the second 45 minutes of the game. When Tranmere plays in an away stadium, there is an overall average of 2,55 scored goals per match. Last season, Tranmere finished with an average of 0 goals for and 0 against in their away games. Tranmere’s most often played away 0:0, 1:0 or 1:1 in the current season.

Betting tips on Stevenage vs Tranmere

1,5 goals is the over/under average for both teams. The matching bet would be an Under 2.5 goals, for which you currently get the best odds 1.58 at Unibet. The weak goal record of the two teams indicates a bet against both teams to score. With 1.81, Unibet currently offers the highest odd for this bet.

In the next upcoming matches Stevenage will have to deal with Crawley Town FC, FC Colchester United and Exeter City. After Saturday, Tranmere Rovers Football Club will compete against Forest Green Rovers, Bolton Wanderers and Harrogate Town.