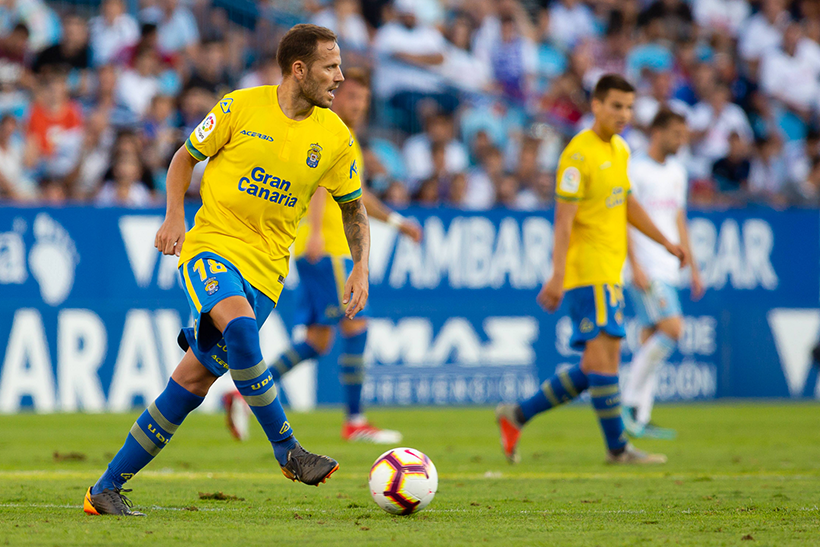 The Spain LaLiga 2 game between Las Palmas and Mirandés will take place on 25.11.2020 at 19:00. The stadium for the match on Wednesday is Estadio de Gran Canaria. This fixture sees the actual 14th place side contests the 7th placed team. Right now, the betting providers are forecasting a home win for Las Palmas. bet365 for a moment offers the best odds off 2.15 for this bet. If you place 10€, you can look forward to a profit of 21,50€ (equivalent to 11,50€ profit).

For bets on Mirandés, bet365 provides the best odds so far with 3.75. The following chance can be derived from the betting provider’s forecasts: Win for Las Palmas 47%, win for Mirandés 27%, draw 33%. In their past meetings Las Palmas has won one game and zero games were drawn, Mirandés winning one match.

In their last duel Unión Deportiva Las Palmas lost 3:1 against Sabadell. In the past 6 months, the home team has managed to win 9 out of 24 matches. The team has had eight wins, three draws and one loss at their home stadium. In the current season, Las Palmas won 66.67% (4 out of 6) of the matches in their own stadium. 1 times it was enough to score one point, while 1 times the guests took all points. In total, Las Palmas has won 4 out of 13 season games. While it was enough to draw five games, four games ended without points.

Coach Pepe Mel’s eleven tends to score in the second half-time. Las Palmas’ current record shows an average of 3,00 goals per game at home, of which 1,83 are their own goals and 1,17 are goals scored against them. Last season, Unión Deportiva Las Palmas scored an average of 1,48 goals in their own stadium and conceded 1,00 goals. In front of their own fans, the team’s games mostly finished 1:1, 1:0 or 3:0 last season. The most common final score in their own stadium last season was 2:1, 1:0 or 1:2.

Mirandés recently won 4:1 against Cartagena. The team has been winning 2 out of 6 matches in away stadiums (33.33%) so far in this season. The statistics for the past 6 months show nine wins, six draws und nine losses. Mirandés was able to win three away victories. The team lost seven matches in the foreign stadium and in two games the teams separated with a draw.

In the present season, coach Jose Alberto Lopez’ team have scored an average of 1,00 goals per away game, primarily in the second 45 minutes of the game of the match. When Mirandés plays in an away stadium, there is an overall average of 2,17 scored goals per match. Last season, Mirandés finished with an average of 1,43 goals for and 2,00 against in away stadiums. Last last season, away matches most often ended 2:2, 2:1 or 0:1. Mirandés’ most likely played away 1:2, 0:1 or 1:1 in the present season.

Considering the over/under average for both teams of 1,5 goals, an Under 2.5 goals result is likely. The best odds on the market for this bet is currently 1.50 at bet365. The bookies expect a maximum of one team will score. The odds against ‘both teams to score’ are 1.62 (betfair).

The betting providers think a 1:1-tie is the most likely, currently estimates the highest odd at (bet365 6.00. The second most probable for the bookies seems to be a 0:0-tie, for which you can currently get the best odds of 6.50 at bet365.

In the next upcoming matches Las Palmas will have to deal with Sporting Gijon, SD Ponferradina and CD Lugo. Next on the schedule of Club Deportivo Mirandés are matches against CD Castellon, FC Girona and CD Lugo.