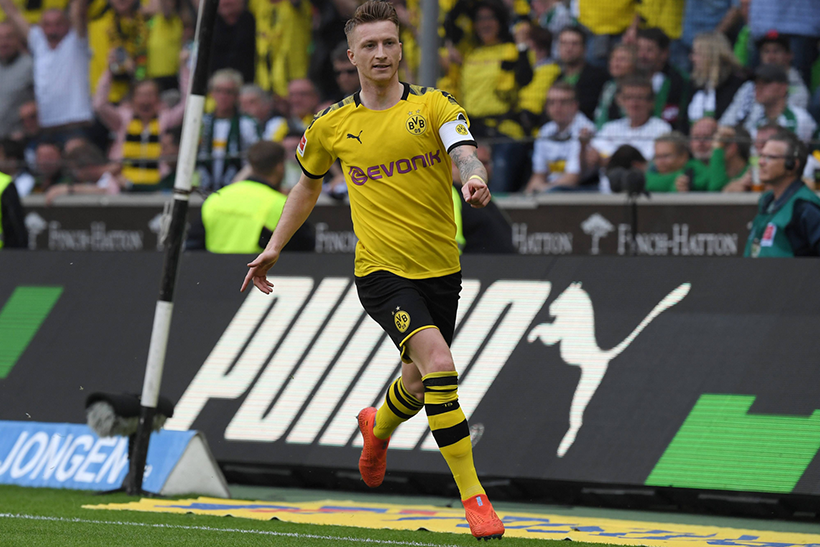 Dortmund and Mainz meet in the German Bundesliga on 17.06.2020. Kick-off is at 20:30. As usual for home games of Dortmund​, the match will be played on Wednesday in the venue Signal Iduna Park. Thus the 15th of the table is guesting at the current 2nd of the table. At the moment the betting providers consider Dortmund to be in the lead. The highest win for tips on home win beckons you at betfair, where the odds are 1.22​​. If you bet 10€ you get 12,20€​ back (profit = 2,20€).

betfair has with 12.00 so far the highest odds for a bet on an away win of Mainz. The odds can be used to determine probabilities for the outcome of the match. Dortmund will win by 82%, while Mainz will win by 9%. To 15% the game ends with a tie. In the last direct encounters Dortmund won seven matches and one game was drawn, Mainz won one game.

Borussia Dortmund recently won a match 0:1 against Fortuna. The hosts magaged to win 13 of their 17 games of the last 6 months in their favour. In total Dortmund won 20 out of 31 season games. While it was enough to draw six matches, eleven one game ended without points. In front of their home crowd, Dortmund was able to win six matches, 1 times the duel ended with a tie and one game was been lost. In the current season, Dortmund won 73.33% (11 out of 15) of the matches in their own stadium. 1 times it was enough to score one point, while 1 times the guests took all points.

​Coach Lucien Favre's team tends to score in the second half time. Dortmund currently achieves an average of 3,07 goals per home game and receives 0,73 goals. This results in a total of 3,80 goals per game. Last season Borussia Dortmund scored an average of 3,06 goals in their own stadium and had to accept 1,47 against.In front of their own fans, the team often played 3:2, 2:1 or 2:0 last season. In the current season, the most frequent result in home matches was 1:0, 4:0 or 5:0.

In their last match, Mainz lost 0:1 against Augsburg. The team has been able to win 5 out of 15 away games (33.33%) so far in this season. Mainz has won four games and lost nine matches in the last 6 months, four games ended with a tie.During that period Mainz won three away games while the team lost two matches at away stadiums and two games ended in a draw.

​1,60 away goal scored the eleven of Achim Beierlorzer on average this season, most of these were achieved in the second half. On average, 3,93 goals are scored when Mainz guest in foreign stadiums. Last season, Mainz finished with an average of 0,88 goals for and 2,06 against the team in away games. In the current season, Mainz' away games mostly ended 1:2, 2:0 or 1:1.

Betting tips on Dortmund vs Mainz

The over/under average for both teams is 3,0. We therefore recommend a bet on Under 3.5 to the current best odds of 1.90 of 888Sport. The predictions of the betting providers show that both clubs are trusted to score goals. The highest odds for both teams to score offerns bet365 with 1.75.