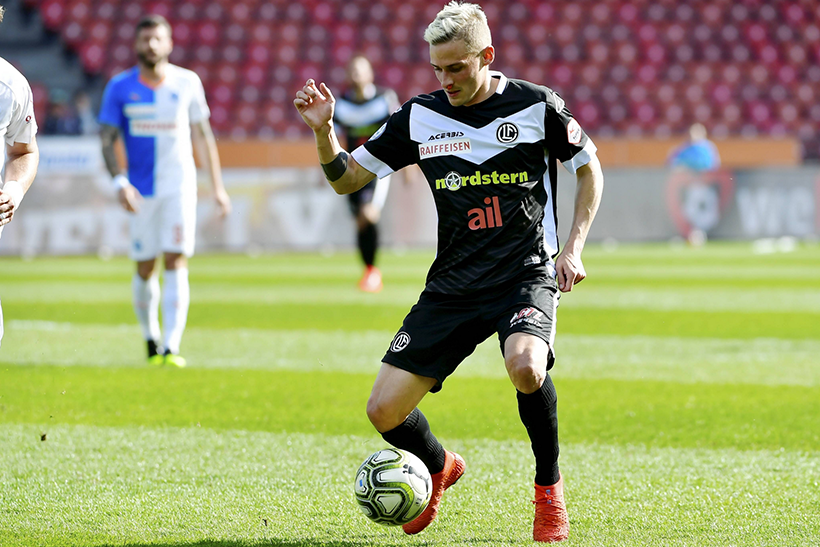 Neuchâtel and Lugano play each other in the Swiss Super League on 03.08.2020 at 20:30. he match is between the team currently in 10th against the 6th of the table. At the moment the bookmakers trend to win by . When the two teams duelled last, they separated in two games with a win for Neuchâtel, five games ended in a draw and in zero games Lugano was the winner.

Neuchâtel Xamax FCS recently lost a match 6:0 against St. Gallen. In the 16 games of the last six months, the home team was able to win 3 games. The team has had one victory, two draws and four losses at their home stadium. In the current season, Neuchâtel won 11.76% (2 out of 17) of the matches in their own stadium. 1 times it was enough to score one point, while 10 times the guests took all points. After all 35 matches in the season, Neuchâtel now has five victories, twelve draws and eighteen defeats to their credit.

Coach Stephane Henchoz' team tends to score in the first half. Neuchâtel's current record shows an average of 2,35 goals per match at home, of which 0,88 are their own goals and 1,47 are goals scored against them. Last season Neuchâtel Xamax FCS scored an average of 1,44 goals in their own stadium and had to accept 1,89 against.Home games usually ended 1:1, 1:2 or 2:1 in the previous season. In the current season, home matches most often end 0:1, 1:1 or 1:2.

Lugano last won 3:1 against Servette. This season the team has won 4 out of 17 matches in foreign stadiums (23.53%). Lugano has won five games and lost three matches in the last 6 months, eight games ended with a tie.In games in the foreign stadium zero wins were achieved. Three games were lost while four matches ended without a winning team.

1,59 away goal scored the eleven of Maurizio Jacobacci on average this season, most of these were achieved in the second half. On average, 3,29 goals are scored when Lugano guest in foreign stadiums. Previous season's statistics show Lugano scoring 1,33 goals per away match, while there were counted 1,33 goals against the team. As guests last season the team played most often 1:1, 2:2 or 0:1. Lugano's away games this season end primarily with 1:1, 2:3 or 2:1.

Betting tips on Neuchâtel vs Lugano