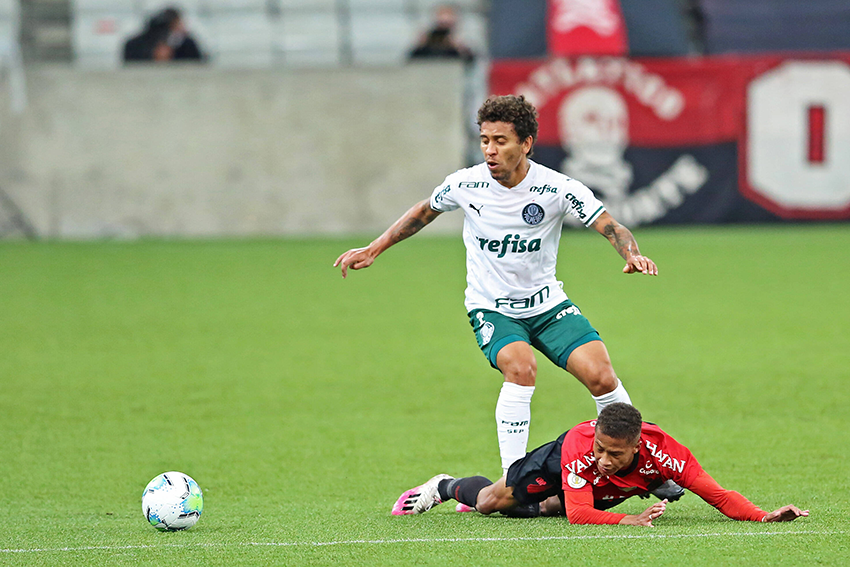 The clash between Palmeiras and Grêmio in the Brazilian Championship A Series will take place on 16.01.2021 at 01:30. This fixture sees the current 6th contests the 5th. In their last encounters, Palmeiras managed to win five games, and three games ended in a tie. Grêmio won one match.

In their last game Sociedade Esportiva Palmeiras won 0:1 against Sport. The home team has won 13 out of 27 matches in the recent six months. Palmeiras had seven victories, four draws and two losses at home. Palmeiras has managed to win 7 out of 13 home games (53.85%) in the current season (2020) so far. Four games ended in a draw and two matches were lost at home. In total, Palmeiras has won 13 out of 27 season games. While it was enough to draw eight matches, six matches ended without points.

In the second half-time, coach Abel Ferreira’s team can achieve more goals on average. According to current statistics, Palmeiras will score 1,69 goals in each home game and will concede 0,92 goals, which is 2,62 goals in total per match in front of their own fans. Previous season, Sociedade Esportiva Palmeiras scored an average of 2,11 goals at home. At the same time, the team conceded 0,68 goals in front of their own fans. Home games usually ended 1:0, 1:1 or 3:0 in the previous season. The most often final score in their own stadium last season was 1:1, 3:0 or 2:1.

Grêmio recently played 0:0 against Fortaleza. The team has been able to win 3 out of 14 away games (21.43%) so far in this season. Grêmio has won twelve matches and lost three matches in the last 6 months, with thirteen games ending in a tie. In games in away stadium three victories were achieved. Two matches were lost while nine matches ended without a winning team.

In the current season, coach Renato Gaucho’s team have scored an average of 0,79 goals per away game, mostly in the second 45 minutes of the game of the match. When Grêmio plays away, there is an overall average of 1,50 scored goals per match. Previous season’s statistics show Grêmio scoring 1,37 goals per away match, while they conceded 1,11 goals. As the away team last season, the side’s game most often ended 0:0, 1:2 or 1:0. Grêmio’s away matches this season have ended primarily 0:0, 1:1 or 1:0.

Betting tips on Palmeiras vs Grêmio

Corinthians Sao Paulo, Ceara SC and Flamengo Rio De Janeiro are the next opponents in the upcoming games for Palmeiras. The away team, on the other hand, will have to deal with Club Atletico Mineiro, SC Internacional Porto Alegre and Coritiba FC.