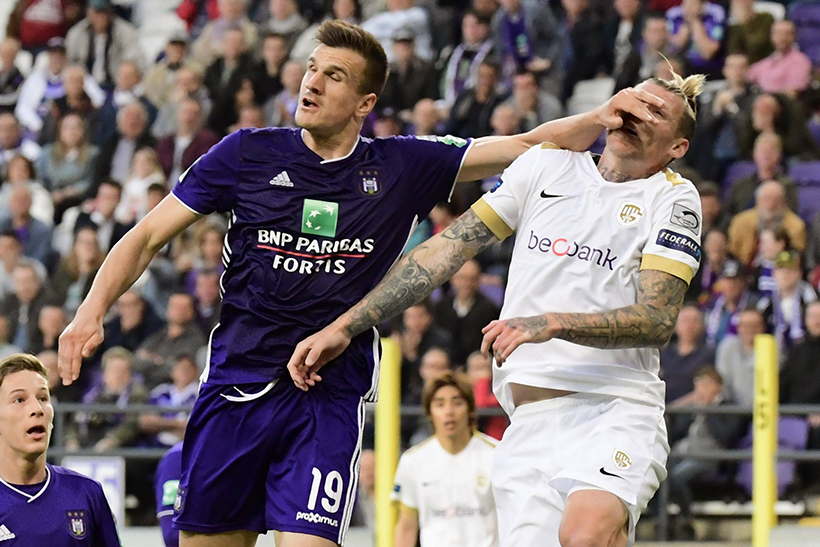 Waasland and Anderlecht face each other in the Belgian First Division A on 19.09.2020. The offical start is at 20:45. As usual for Waasland home games, the match will be played on Saturday in the Freethiel Stadion. The present 17th meet the 6th in the table. Right now, the sportsbooks are forecasting an away win for Anderlecht. The most attractive odds for an away win are at the moment offered by Unibet at 1.51. A tip of 10€ will result in a win of 15,10€ (equivalent to 5,10€ profit).

bet365 has the hightest odd (6.25) so far the best odds for a a win for Waasland. The following probabilities can be derived from the betting provider’s forecasts: Win for Waasland 16%, win for Anderlecht 67%, tie 24%. When the two teams met last, they separated in zero matches with a victory for Waasland, two matches ended in a tie and in four matches Anderlecht was the winner.

Waasland-Beveren lost its last duel 4:1 against Brügge. In the past 6 months, the home team has managed to win 1 out of 5 matches. In front of their home crowd, Waasland was able to win zero matches, 0 times the duel ended with a tie and two games were lost. In the current season, Waasland won 0% (0 out of 2) of the matches in their own stadium. 1 times it was enough to score one point, while 2 times the guests took all points. After a total of 5 games in the season, Waasland has one victory, zero draws and four defeats.

Coach Nicky Hayen’s eleven tends to score during the second 45 minutes of the game. Waasland currently scores an average of 1,00 goals per game at home and receives 2,50 goals. This results in a total of 3,50 goals per game. A look at last season’s goal record shows Waasland-Beveren at home with an average of 0,86 goals. The average number of goals conceded in front of their own fans is 2,14. Home games usually ended 0:4, 1:2 or 1:1 in the previous season. The most frequent final score in their own stadium last season was 1:3, 1:2 or.

Their last match, Anderlecht had won 2:0 against Cercle Brügge. This season, the team has won 0 out of 2 matches in away stadiums (0%). During that period Anderlecht won zero away games while the team lost zero matches at away stadiums and two games ended in a draw.

There have been 2,00 away goals scored by Vincent Kompany’s team on average this season. Most of these coming after the break. On average, 4,00 goals are scored when Anderlecht plays in foreign stadiums. Last season, Anderlecht played away with an average of 1,14 goals for and 1,21 against in away games. As the away team last season, the side’s game most often ended 2:1, 0:0 or 1:1. In the current season, Anderlecht’s away matches have usually ended 2:2, or.

Betting tips on Waasland vs Anderlecht

3,5 goals is the over/under average for both teams. The matching bet would be an Under 4.5 goals, for which you currently get the best odds 1.22 at 888Sport. The prognoses of the betting providers show that both clubs are believed to be capable of scoring goals. The highest odds for both teams is at bet365 of 1.66.

K Beerschot VA, KV Oostende and KRC Genk are the next opponents in the upcoming games for Waasland. The away team, on the other hand, will have to deal with FC Brügge, AS Eupen and KV Kortrijk.

other Previews for Belgian First Division A