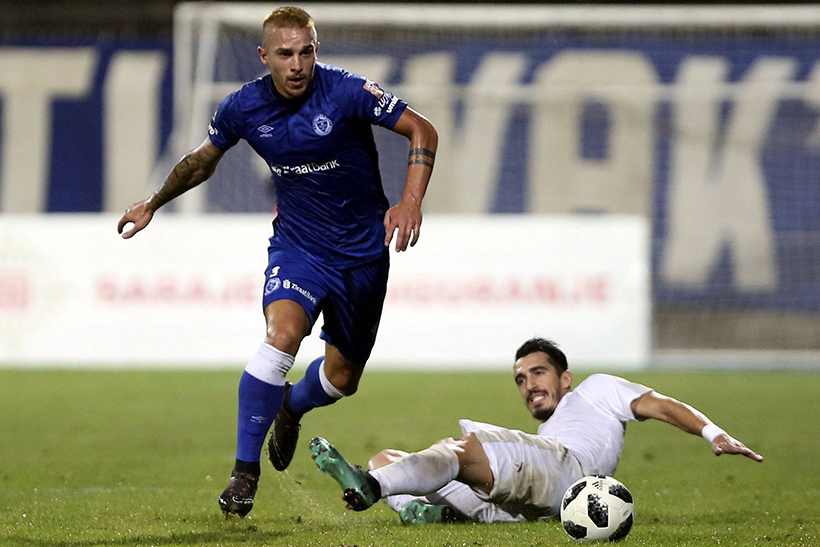 In the Premier League of Bosnia and Herzegovina Zeljeznicar and FK Velez will match on 01.08.2020 at 20:30. At present the betting providers favor a home win by Zeljeznicar. betfair currently offers the best odds with a 1.30 for this tip. If you place 10€ you could win 13,00€ (equivalent to 3,00€ profit).

For bets on FK Velez betfair provides the best odds thus far with 8.00. Zeljeznicar won zero games in the last direct encounters, FK Velez won one game and one match ended in a tie.

In the second half, coach Amar Osim's team can achieve more goals on average. Last season FK Zeljeznicar Sarajevo scored an average of 2,00 goals at home. At the same time, the team conceded 0,82 goals per home match. Home games usually ended 1:0, 0:2 or 1:2 in the previous season.

FK Velez last won 2:1 against Banja Luka. FK Velez managed to win zero away victories. The team lost zero games in the foreign stadium and in one match the teams separated with a draw. Last season's statistics show FK Velez scoring 1,00 goals per away match, while there were counted 0,91 goals against the team. In the last season, matches away most often ended 0:0, 2:0 or 0:1.